I've actually had these made up and sitting around for a while, just never got around to snapping some photos of them. Hopefully They'll get some paint soon! 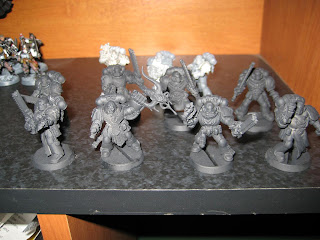 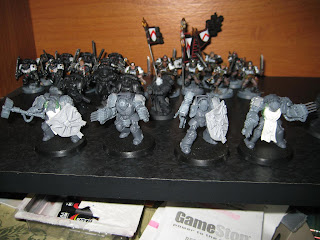 
I couldnt sleep last night so I greenstuff'd some power armor tabard fronts to some terminator backs: 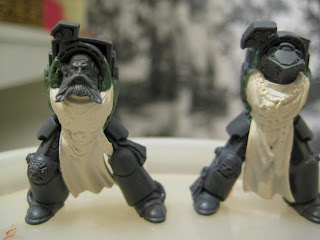 Any thoughts on this? I'm not that great with sculpting greenstuff or even using it in general so I thought this may be the way to go.


Got a buncha stuff in to get the Black Templars back on track today! Forgeworld stormshields, BT upgrade sprues, the odd interesting bit or mini to convert - you name it, its probably gonna happen (EDIT: eventually, I know im slower than Christmas ;) ).

speaking of the odd mini, I found this lil' guy on ebay for a song so I natched him up even though someone cut off his arm: 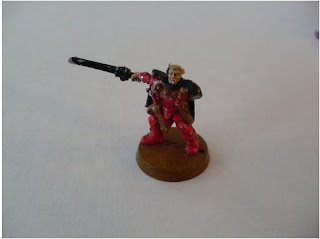 This is a Scout Sgt. Namaan from the Dark Angels apparently. He's got a cool lil' cape thats not quite camo-cloak length so I think he'll fit right in with my other neophytes. He is missing an arm (had a scanner in it from what I've seen on interent photos) so I tacked up a makeshift arm out of a highelf bit and a bolt pistol: 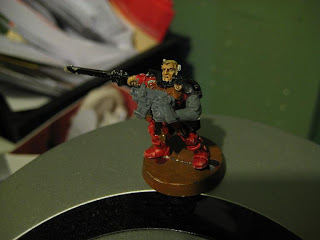 May need a bit more work along with a decent paintjob and I think he'll come out fine or at least good enough! I'm about to finish up my Space Sharks for the time being , got the Librarian painted up today and his command squad will soon follow. These BT's are coming soon!

small update - a Chaplain is made!

I know I'm supposed to be working on the Space Sharks, but I happened to make myself a BT chaplain out of bits: 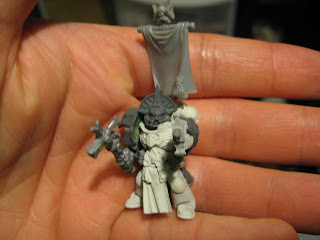 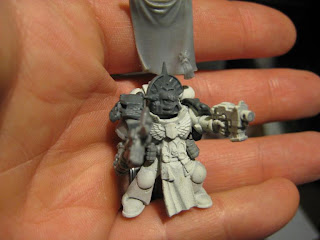 Finally done with the neophytes! Not exactly the best pics, but I'm too lazy to go carting these huys outside for better lighting: 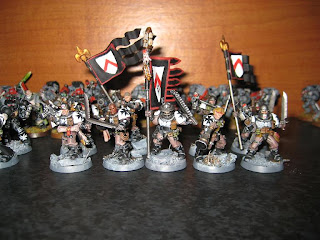 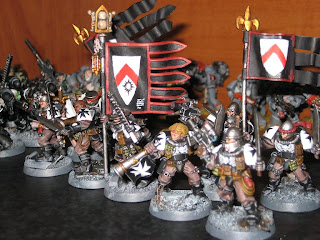 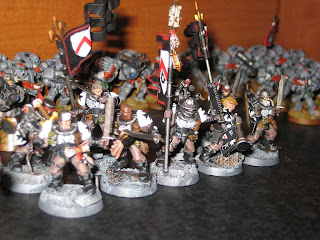 Now I need to give my Space Sharks (you can see a few peeking around in the back of the pics) some attention. I got 5 AOBR terminators basecoated for them, so I think that will be my next job. More to come!
Posted by G.N.O.M.E. at 11:11 AM 7 comments:

neophytes are pretty much done, just need to t paint the banners on the horns and standard flags. I cant come up with any ideas so help me out! On with the badly-lit pics! 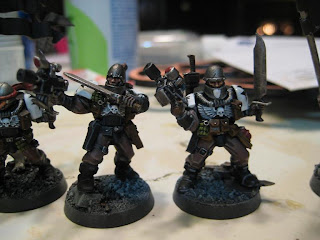 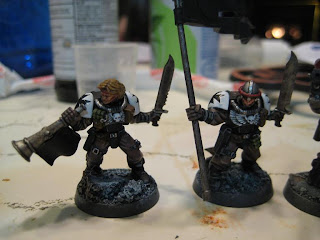 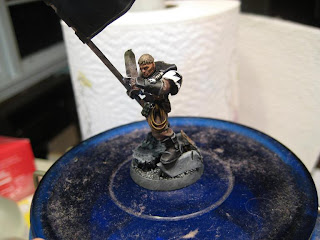 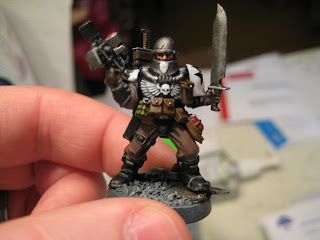 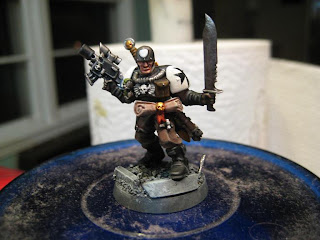 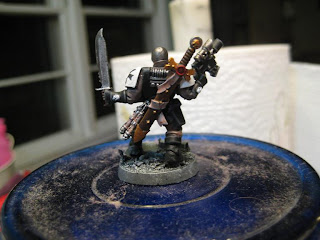 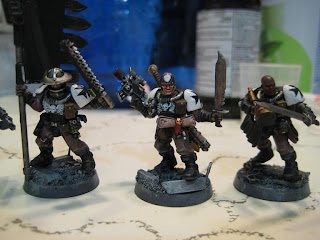 GW shoulder decals are the absolute worst things to try and put on a mini. Whats worse is the scouts (or neophytes in this case) dont get thier own smaller sticker so you have to rig-around the one meant for space marine shoulderpads on. Its a nightmare, but I'm almost done with my neos. pics to come soon!
Posted by G.N.O.M.E. at 11:47 PM 2 comments: 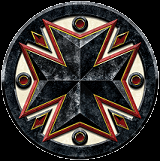 Be sure to check my other blog about Space Sharks! I'm painting them too!

G.N.O.M.E.
Somewhat new to painting miniatures, this thing is to keep a log of my progress!